At 17.15 the dornier was on route to Narvik when it was attacked by Skuas of 803 Sqdn. (HMS Ark Royal) in Bogen area. Badly damaged they made a forced landing at Tepkilen. Pilot Oblt.d.R Sigfried Graf von Wittenau (wounded in his legs). Hptm.Joachim Fehling. Ofw.Wilhelm Kuppers. Uffz.Herbert Peukert. Uffz.Hans Brettschneider.
Passengers: 12 soldiers of 3.Komp. I/GJR 138. All were unhurt, except from the pilot, and started walking the pass between Efjord-Tysfjord. Nine of them were later captured at Sætran by 120 Marines. A few more were captured by Polish troops at Aspenes. The remaining Germans were captured at Efjordbotn. At least one German was shot at Skrovkjosfjellet. 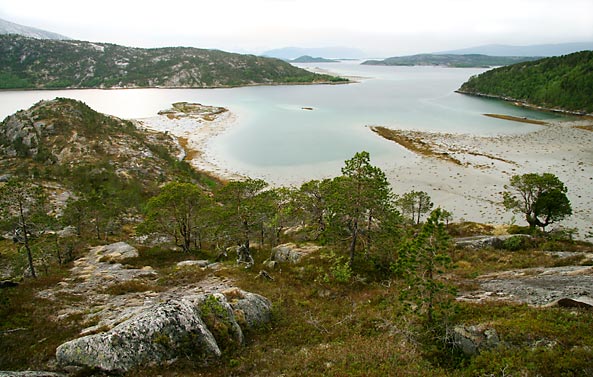 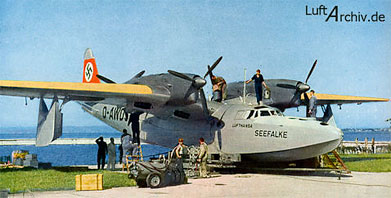 A tragic incident also happened at Skrovkjosen the same time. A boat with sivilians trying to escape from the battle zone was boarded by Northern Gem. The Norwegians mistakenly believed the boat was German. When three British Marines entered their boat they were suddenly attacked by the three Norwegian fishermen on deck.

Two of the Marines were killed, and so was the Norwegians Trygve Hestnes, Hans and Anton Sildvåg. The people below deck, an old man and woman with a young woman and her baby were shocked, but unhurt.

One of the Skuas was also damaged in the attack and had to make a forced landing at Tovik.
Sub.Lt.P.N. Chalton and F.Culliford destroyed their Skua, Yellow 3 (8M:L2916) and walked back to their own lines.

The Norwegian trawler "Ternen" with 12 seamen from the British armed trawlers "Northern Gem" and "Northern Spray" on board,sailed towards Tepkilen bay, a side arm of Efjord. They spotted the abandoned aircraft immediately when they entered the bay. The Marines jumped into the shallow water and walked towards the aircraft which was lying on the shore with its port wing in the water.

The Germans were hiding in the mountain above the aircraft. They opened fire on the boat. Marelius Einarssen was shot during this fight, and died the day after. Gunner Fred Powel and Harry Peake were also killed on board.
The rest of the British seamen on shore were captured by the German soldiers of the Dornier.
They were released again one day later when over a hundred Marines of HMS Resolution surrounded their hideout. 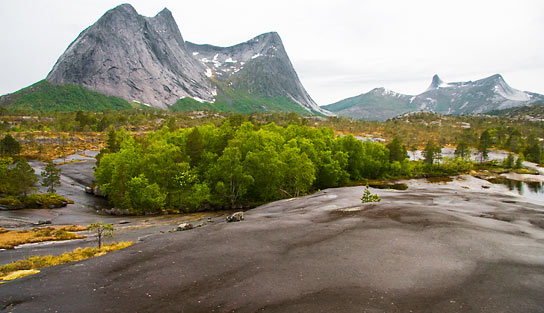 25.06.2010 © kjell sørensen
This was the terrain the Germans were walking with their prisoners, until they got captured them selves.
Eidetind
*
A total of six Do 26 were built, three of them crashed in Norway.
Do 26