Twelve Airacobras and six Yak-9 of 2./20 IAP took off from Murmansk as escort for nine Pe-2 bombers. Their target was Høybuktmoen airfield. They were attacked by German Bf 109's and two Airacobras were shot down. Simultaneously Luostari (Finland) was attacked by sixteen Il-2 bombers, escorted by six Hurricanes, six P-40's and fourteen Yak-1. A total of fourteen Russian aircrafts were shot down by the fighters of JG 5. 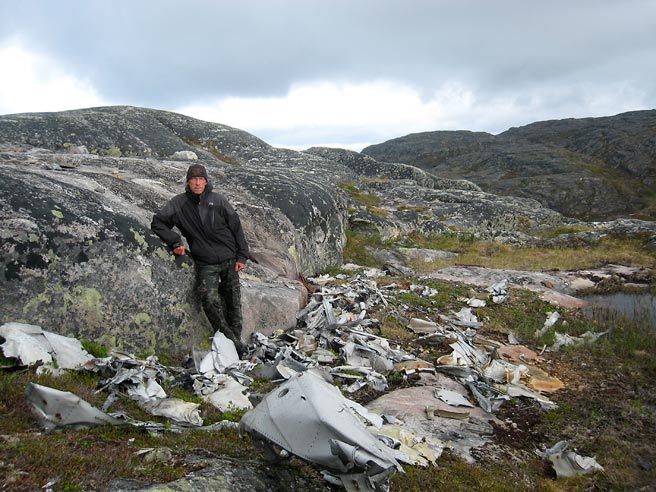 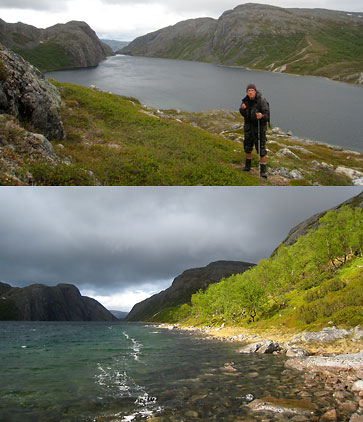 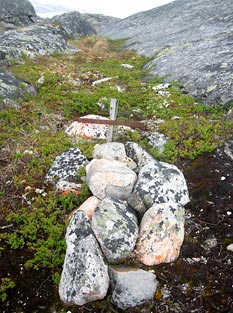 The remains of JLt. Pitchuk was brought down from the mountain autumn 2000. He was buried at Litza Cemetery on 6.October 2007.
Source: Article by Yngve Grønvik, Sør-Varanger avis
Vognfjordvatnet
The grave