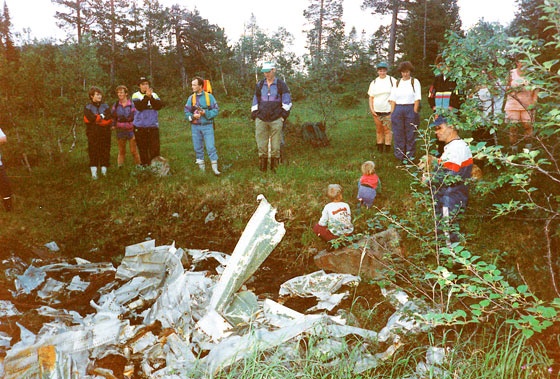 Took off from Værnes airfield on a training flight at 0900. Half an hour later the Vampire crashed for unknown reason near by a small lake at Gammelvold in Selbu.

The aircraft was completely destroyed and the pilot, fenrik Torleif Mineur Sætre (21) was killed immediately.
Some pieces of the aircraft, engine included, disappeared into the lake.