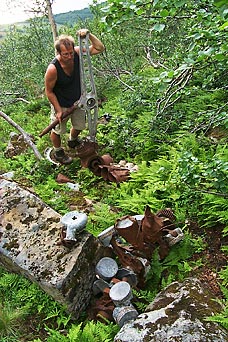 Ammo found at the crash site. Balsfjord in the background 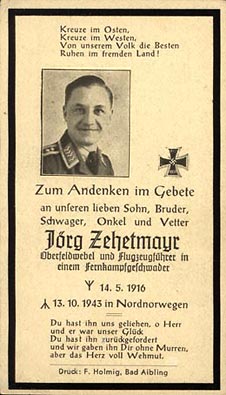 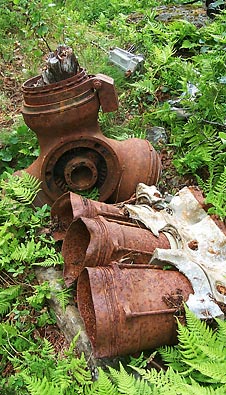 The Heinkel bomber crashed into the mountainside at 11.30.
A Dornier 26 (WNr.78) rescue plane landed soon after on the fjord. "B.V.Tschirinsky" also arrived with a doctor.
The "Bordfunker" Werner Frevert survived the crash and was brought to the hospital at Tromsø. The other two onboard were badly burned and died in the crash.
photos kjell sørensen 25 July 20042004©kjell sørensen