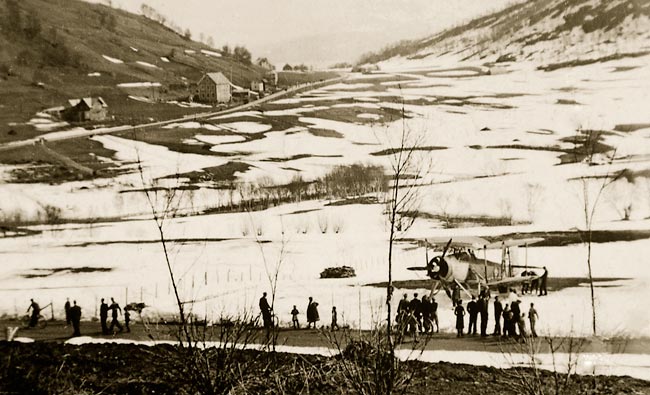 Six swordfish took off from "Ark Royal" early in the morning, under command of Captain A.C.Newson. Their mission was to attack the Ofoten railway. Three of the Swordfish attacked the railway tunnel at Sildvik, the other three at Hunddalen.
Two of the planes were not able to return to the carrier due to heavy fog and had to make forced landings in the vicinity of Harstad.
Lt.H. de G. Hunter, Leading Airman D.Smith landed safely at Tofta, south of Harstad. Both crew soon after joined up with their own forces. The aircraft was also salvaged.

Captain Alan Charles Newson, Lt.Cdr. G.B. Hodgkinson and Leading Airman R.H. McColl in P4077/4A made a safe landing on a field at Sandsøy.
They waited for two days before Ark's amphibian Walrus picked them up.

Below: A Swordfish photographed at Duxford 2012 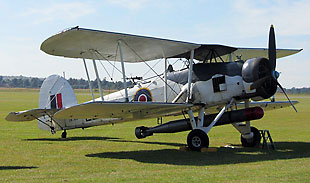