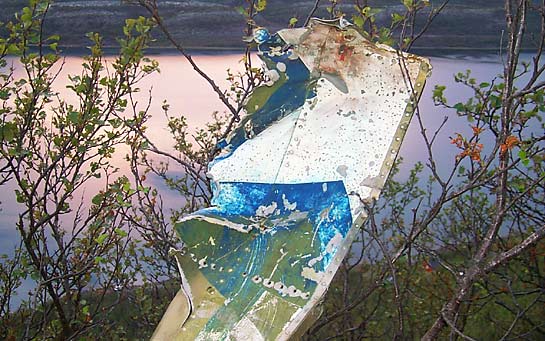 One of the six Browning machine guns

This Curtiss P-40 Warhawk was shot down by AA fire from Minenraumschiff-26, during attack on ships at Smalfjord. Lt.Pustobayev belonged to the 2nd Sqdn. of 78th Fighter Aviation Regiment of Northern Fleet Air Force.
A Boston bomber was also shot down by German AA-fire. Lt. N.K. Nikolajev and his crew survived.