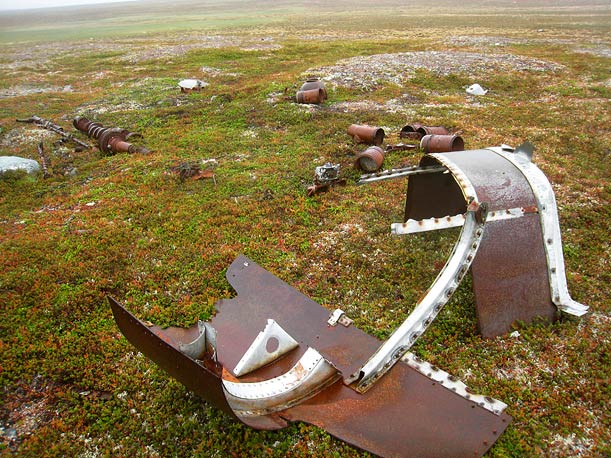 The Il-2 was hit in the tail by German AA-fire during attack on a west-ward bound convoy near Skallnes at 13:01.
The pilot, Lieutenant Peter Ilich Smorodin (29) and Sgt. Jurij Ivanovich Potekhin (21) performed a perfect forced landing on wheels at Oksevannshøyden and could walk away from the aircraft unhurt.

The aircraft was blown up by the Norwegian Army some time in 1952 because of having armed rockets mounted under the wings.
source: Rune Rautio

Their plan was to walk all the way back to Russia, but after walking for many nights on the Varanger peninsula they realized the distance was too far.

They were helped by locals, which themselves were hiding from the forced evacuation of all civilians in Finnmark.

The Germans burned down all the houses in Finnmark and with drew to the Lyngen line further south. After the German forces left the area, Pjotr and Jurij were helped to Kiby and transported by boat to Pummanki,Fiskerhalvøya in Russia.
source:"Den lille byen og krigen" by Harald Riesto 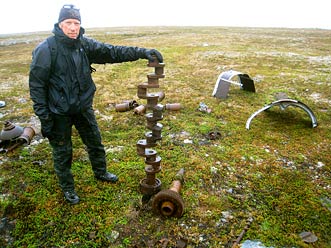 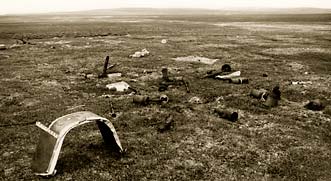