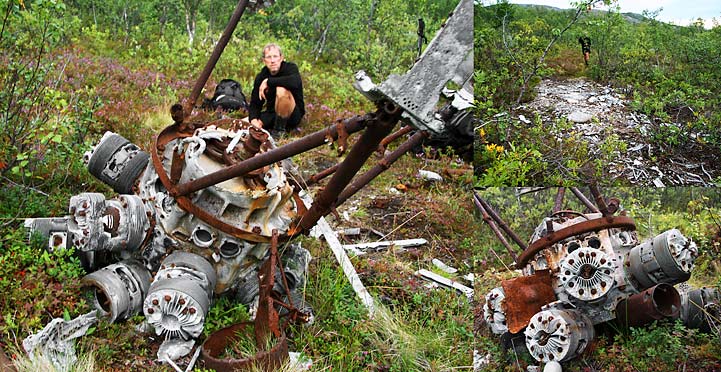 At least two more Albacore crashed in this area. One ditched at Reinøysund. Albacore "5C" crashed east of Raudberget, all three onboard were killed in this crash. 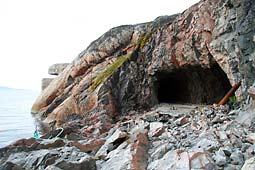 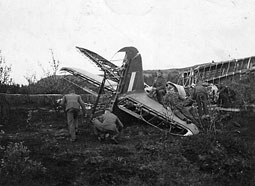 German soldiers inspecting the wrecked Albacore shortly after the crash.