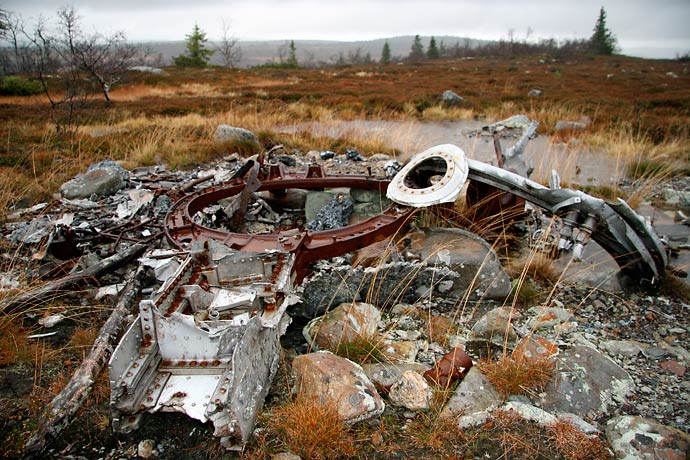 Two Thunderjets collided during an exercise. "Blinker Red 4" and "Red 3" took off from Gardermoen at 14:51 on a bombing mission on Heimdal railway station, 10 km south of Trondheim. One minute later "Blinker White 1" and one more Thunderjet took off to intercept "Red 4". The two planes collided above Staupholen when "Red 4" was on its way back to base after his bomb run.
Kapt. Oddvar Lien of "White 1" managed to parachute and survived.
Fenrik Tormod Raphaug in "Red 4" went down with his plane and got killed.

Both planes fell down near by Staupholen . White 1's tail was ripped off when the two planes crashed into each other.

The weather conditions were good that day.
The reason of crash might be that the pilot got blinded by the sun. No technical failure was found. 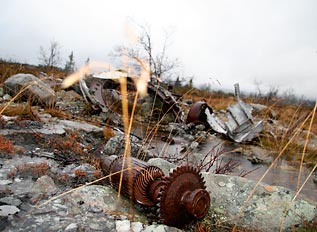