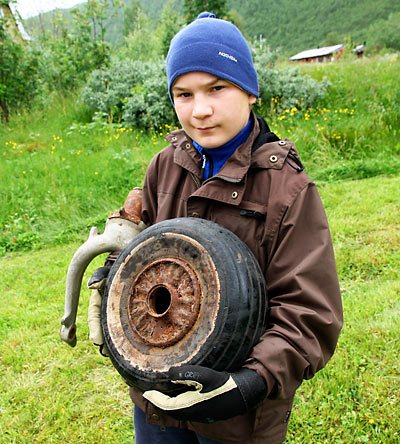 Got lost and ran out of fuel during a transfer flight from Banak to Bardufoss.
The two onboard landed on the Selfjord, close to the village Flakstadvåg.
Both engines fell off when they hit the water. The crew was rescued from
the sinking aircraft by the two fisher men Jens Olsen and Peder Flakstad.
source: Ivar Enoksen. * code not confirmed yet. 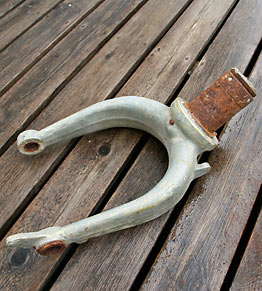 The crew reported back to their unit the aircraft sank in deep water, but in fact it was very shallow water where it sank.
The aircraft was raised and brought ashore at the village Rødsand, shortly after the war. The locals dismantled the plane and stuffed away what ever they might find useful. Both wings were used as provisional bridges over a little creek at Rødsand. 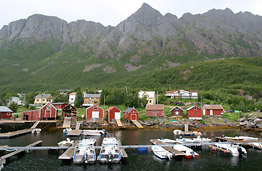 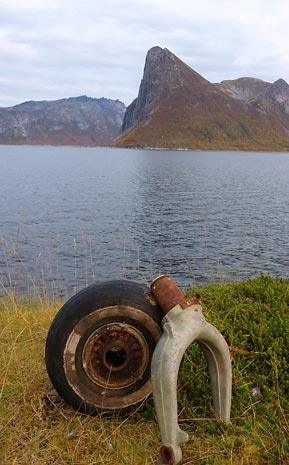 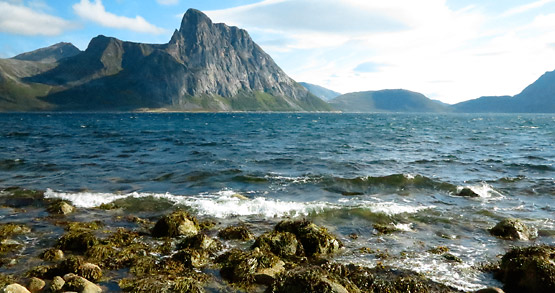 Left: The aircraft landed here into the Selfjord.
View from Flakstadvåg. Rødsand is situated on the other side of the fjord.
Flakstadvåg 01.08.2013 © kjell sørensen