A total of 30 Russian aircraft were claimed shot down during the attacs on Høybugtmoen/Kirkenes this day. Only two Messerschmitt's were shot down. The 19 years old pilot managed a succesful forced landing on the bog Sagmyra, 30km south of Kirkenes.
Both pilots returned to their base later on.

The retreating German forces shot up the Messerschmitt from their positions at Storfjellet. A lot of the wreckage was scrapped by local farmers after the war, but the main section of the fuselage and landing gear were taken care of.

The aircraft is now being restored at Norwegian Aviation Museum in Bodø. The name of the pilot is still unknown. This aircraft was also involved in a crash landing (80% damage) at Soldatskalja 3. October 1942 and was repaired at Kjeller. 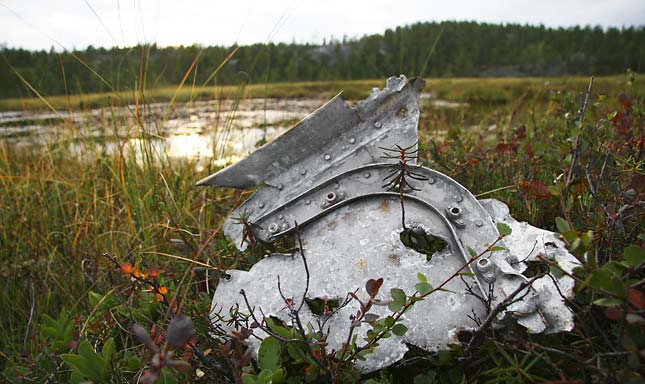 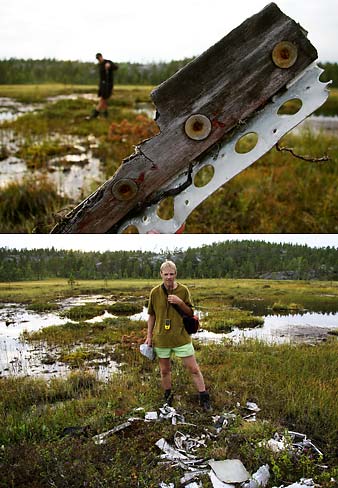 *
9.August 2006 Sagmyra Sør-Varanger ©kjell sørensen
Not much left there to day
* factory code(stammkennzeichen)