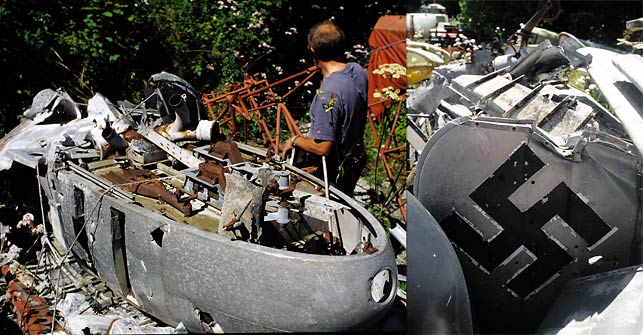 The Messerschmitt was shot down at 07:18. Uffz.Ottmar Werz bailed out and was picked up from the sea by the German subchaser "Uj 1212". The pilot, Ofw Karl Adolf Becker successfully managed to make a belly landing on shore at Båtsfjordnæringen/ Rubbedalen, north of Båtsfjord.

Ofw Becker was brought onboard the subchaser "Uj 1206". The aircraft was blown up, either by the crew of "Uj 1206", or some time later by a unit from the nearby coastal battery. Source:Rune Rautio.

The remains of the a/c was salvaged in 1983 and brought to Flyhistorisk Museum Sola.

The crash site at Båtsfjordnæringen in 2004. © T.T 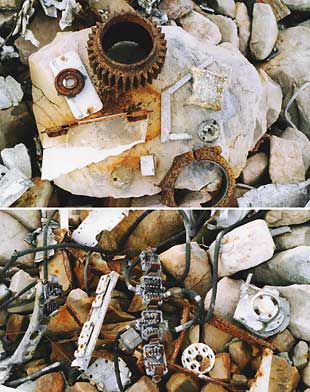