Attacked and shot down by FW 190's of 13.IV. Jagdgeschwader 5, based at Berlevåg. Ltn.Nilov managed to bail out and with help from locals, he managed to reach the Russian forces which at this time had liberated Kirkenes. 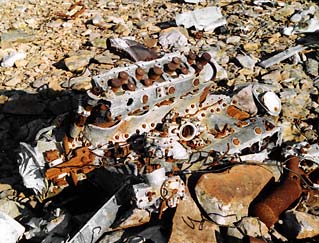 The target of the Russian aircraft this day was the last German convoy leaving Kirkenes. The convoy was protected by a few Fw190's based at Berlevåg airstrip.

The German Staffel also lost one of their fighter planes defending the convoy, when Fw.Scharwächter was shot down and killed at Tanahorn.