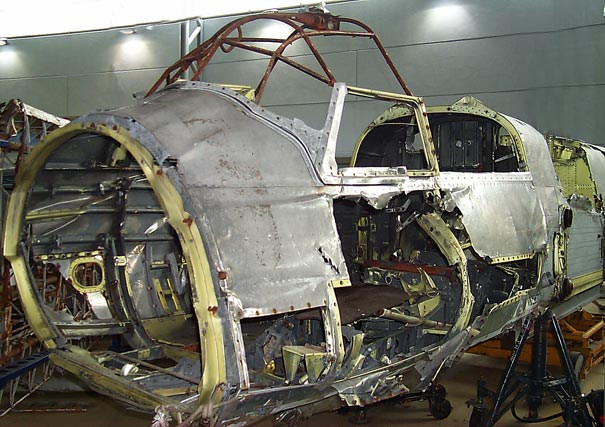 The wreck was lifted and flown out by RNoAF Sea King helicopter "073" on 03.09.1987. It arrived at Gardermoen on Sept.28 1990 where it was put on public display "as is" at Forsvarets Flysamling Gardermoen.

Thanks to Eggert Norddal and Larry Hickey for help with research. 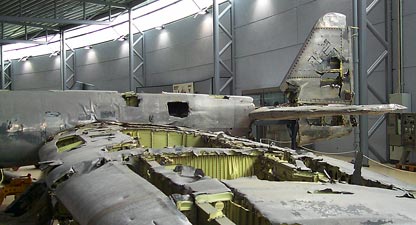 The nose of this aircraft has been modified to a pointed all-metall nose. To increase the speed, the external bomb racks and the diving brakes have been removed. The wing construction has also been lightened. The armament had been increased by the addition of four fixed guns in the nose.(Three MG's and a cannon.)

In 1944 another German aircraft made a crash landing at the same area. Ju 52 See

The aircraft is now (2020) on display at the NØFMF collection in Tolga. (See below). 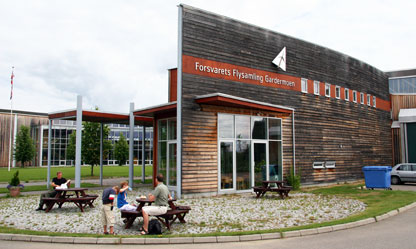 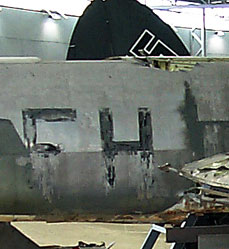 Received engine failure during an escort mission for KG 26 to Narvik. The pilot Uffz.Albrecht Weimann. Uffz.Ernst Schulz and Gefr.Helmut Schwanz were not able to return to Vaernes and had to make a forced landing on the mountain Storfjellet in Bindal. All three became POW's and were sent to England. 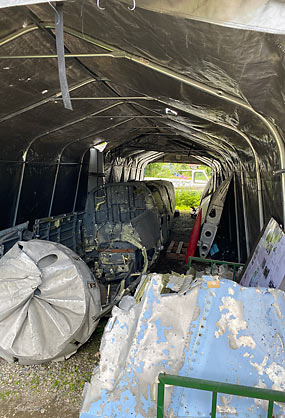