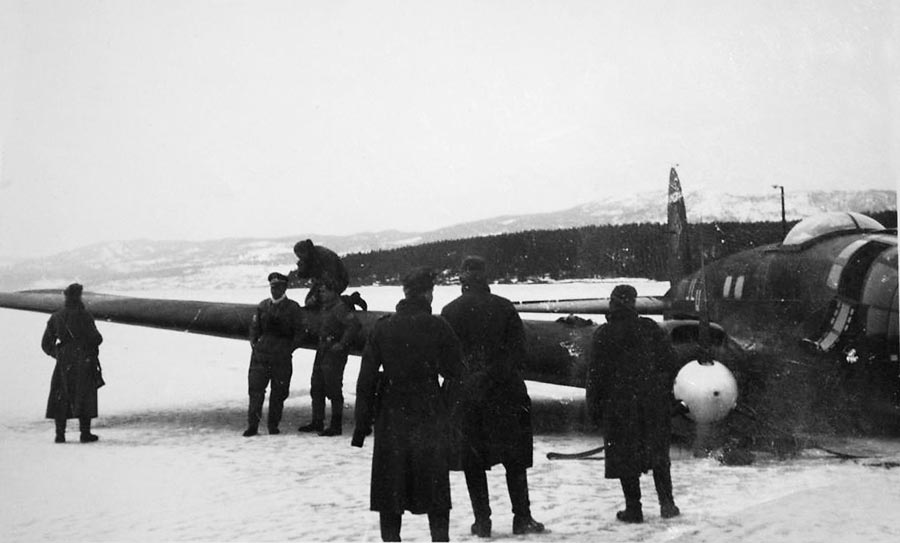 Oblt.Wolfgang Richter made a forced landing on the frozen lake Mjøsa due to engine failure on an armed recce mission. They probably also participated in the bombing of the village Rena the same day.
Crew unhurt.