Took off along with 15 other FW's of 9. and 12. JG 5 to attack a force of 30 Beaufighters and 14 Mustangs at Sognefjord. This one ditched into the sea due to engine problems. 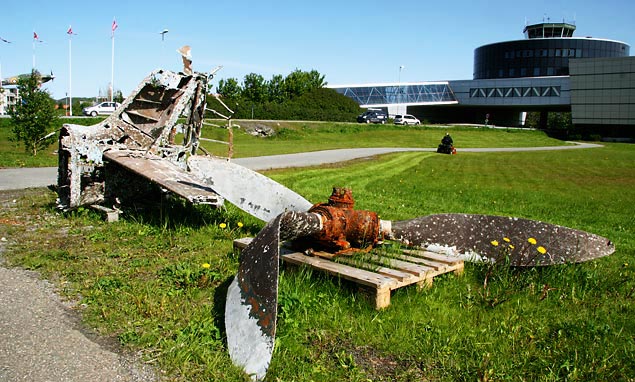 Fw.Rudolf Artner of 9./JG 5claimed a Beaufighter. This was probably RD132 of 455 Sqdn RAAF. W/O Mitchell William Douglas and F/Sgt.Jury Ivor Hilton. Both KiA.

The remains of the FW 190 was brought to the National Norwegian Aviation Museum (Norsk Luftfartsmuseum) in Bodø where it will be used as spare parts on the restoring of their Fw 190 Black 3.

Right: Tail section and propeller of WNr.737435 on the lawn at the museum in Bodø. 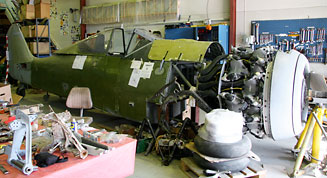