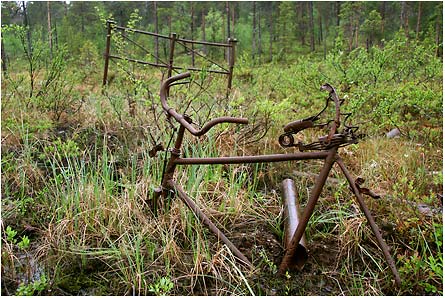 They took off from Nautsi at 08.05, destination Kaamanen airstrip. Above lake Inari they ran out of luck when they were spotted by four Airacobras of 2.Gv. IAP. All three Junkers were immediately shot down and crashed not far from each other.