Early in the morning on 26.4 after take off from Setnesmoen, the engine of Craig-Adams’ Gladiator (N5647) suffered a piston rod seizure
and he had to bale out. The Gladiator crashed here at Litledalen.

The Gladiator crashed into the hillside. Craig-Adams landed unhurt on the ice of lake Dalavatnet. The incident was observed by Ole Lindset and Ole Ødegård on one of the farms in the valley. They witnessed two airplanes above the valley, suddenly one of the aircrafts dived and exploded on the mountain side.

They also observed the pilot hanging in his parachute. They believed the aircraft was German so they fetched a hunting rifle and a shot gun, determined to take the German. Luckily for Craig-Adams, Ole Lindset has been living in America and spoke fluent english.

Craig-Adams finally ran out of luck a month later, when his Gladiator N5719 crashed into mountain Høgfjell in Northern Norway. 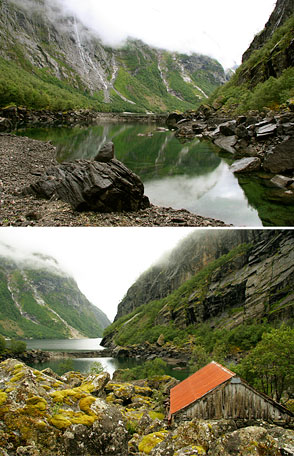 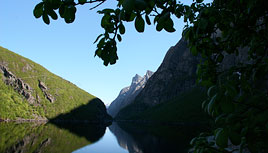 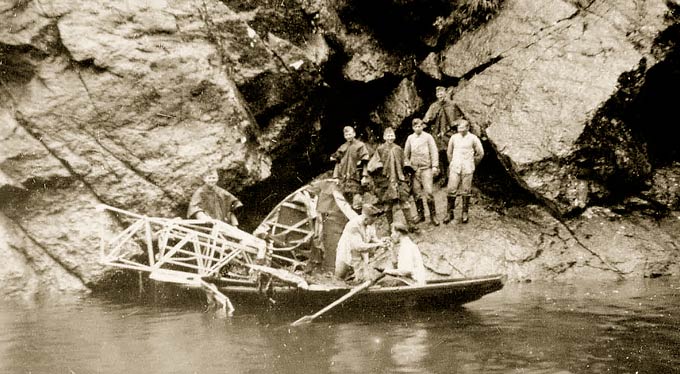 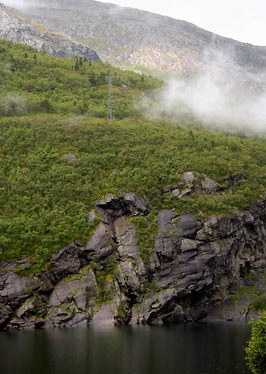