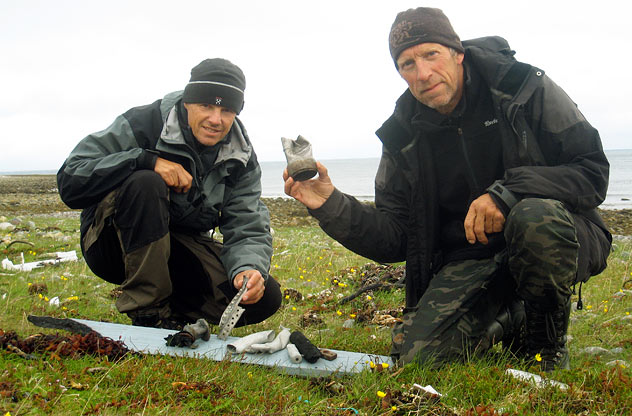 The Boston bomber was shot down during an attack on a west-ward bound German convoy near Kramnes at 14:40.
A total of four Bostons were lost during this attack. Two of them crashed into the sea, one crashed at Midt-Skagen in Vardø.
source:Rune Rautio 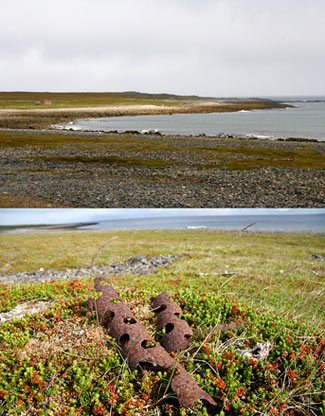 Right: Remains of the Boston bomber which crashed at Midt-Skagen in Vardø during the attack on the German convoy. Hornøya and Reinøya is seen in the background on the photo.

All of theRussian crew were killed in the crash at Midt-Skagen. They vere buried at the site and their graves were forgotten as years went by. Two of the graves were rediscovered again in the late 70's.
source: Rune Rautio 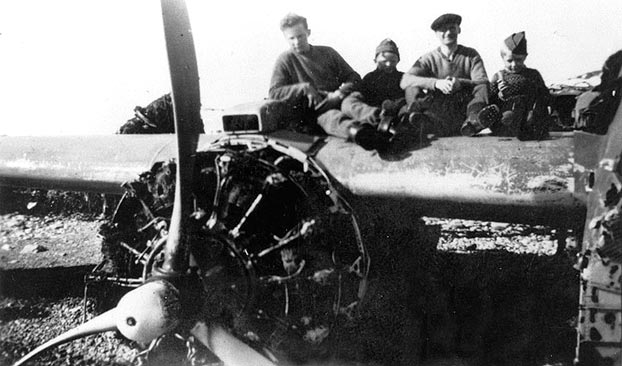 photo: astrid olsen via rune rautio
Members of the Malin family posing on the starboard wing of the Boston bomber.