P/O G.W."Sleepy Walker" took off from Vaenga (Russia) on a photo recce mission as part of "Operation Orator". His mission this day
was to photograph German shipping in the vicinity of Porsangerfjord. At 11.29 he was shot down by Gefr.Kurt Dobner of 11./JG 5 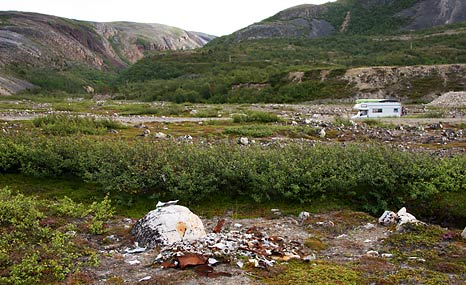 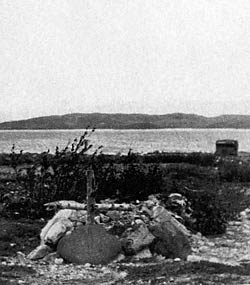 Below: The grave as it looked like when it was found by the MRES team in June 1946. Their lorry is seen in the background. P/O Walker was buried in the vicinity of the crash site by the Germans. His grave was marked as an unknown pilot. He was given a funeral with full military honours.

P/O Walker was part of a 3 PRU Spitfire detachment based at Vaenga. Their task were to monitor Tirpitz and other German vessels as part of Operation Orator. The rondels on the Spitfires were replaced with the Russian Red Star. The other two pilots were F/O Furniss and F/L Fairhurst. The Spitfires flew twelve sorties over Northern Norway. When their duties were finished, the three Spitfires were handed over to the Russians.

In June 1946 the grave was discovered by the RAF Missing Research and Enquiry Service (MRES). The F-24 camera was also found among the wreckage. They exhumed the remains and sent them to Tromsø Cemetery. In 1997 it was confirmed that they were the remains of P/O Walker. 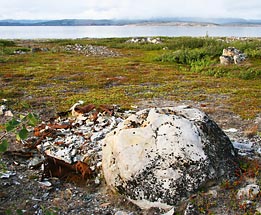 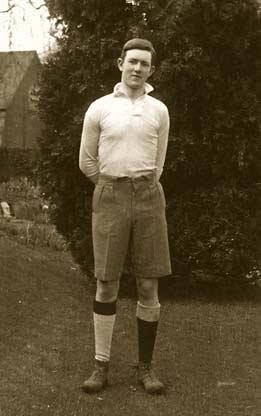 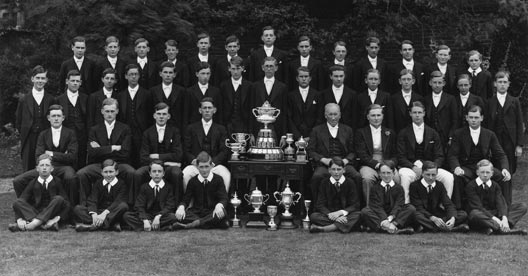 Eton College1938. Gavin Walker is seated far left in the third row from the back.
Photo via James Hogg.
photo via james hogg 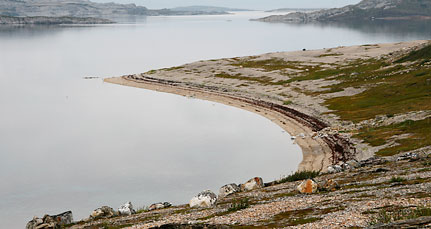