Einar Birkeland from the farm near by, guided us to the crash site.

The Junkers was loaded with gasoline barrels, not a good combination on impact with solid rock.

Until some years ago, the tail-section was lying on the small rocky beach, but today only small fragments are left. Most parts of the aircraft disappeared into sea in a storm in 2000.

A Ju52 with fuel-barrels intended for Sola,crashed into a cliff at the shore in Regeviga near Birkeland
a bit east of Egersund. The plane was belonging to a group of planes that came from Ålborg.
Some of them returned to Denmark due to bad weather, while this one ended here.
Pilot Fldw.Bernhard Kalthöner. Gfr.Ludwig Landstorfer. Uffz.Karl Opitz. Uffz.Peter Richter.
All died in crash and are buried at Alfaset. 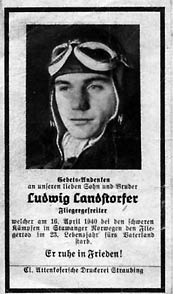