131 planes took part in this raid to the molybden mines at Knaben in southern Norway. Their aircraft was attacked and badly damaged by a Bf.109 of JG 5. The crew bailed out and were shortly after captured by the Germans. David Besbris managed to escape to neutral Sweden with the help of locals. The Bf.109 was also hit and crashed near by Flekkefjord. 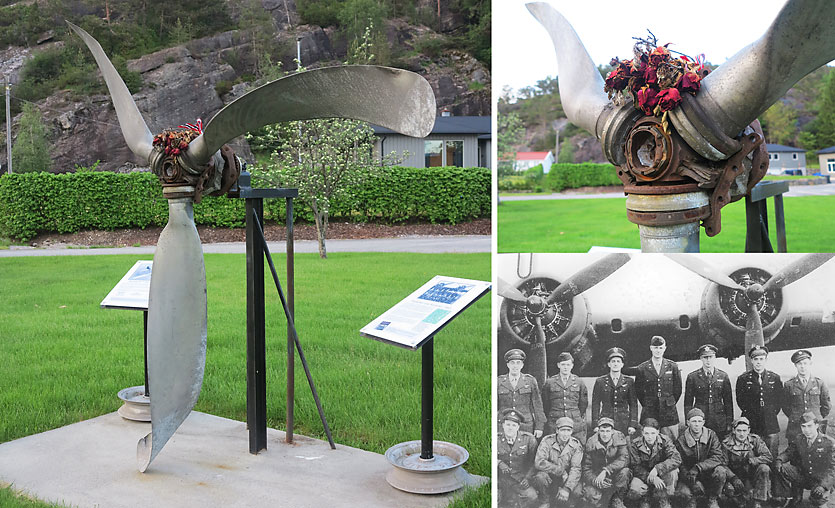