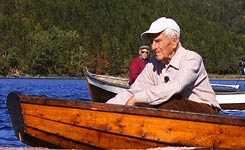 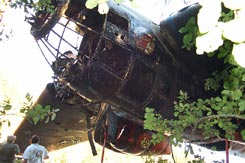 The Heinkel was resting at a dept of 74m.The rescue operation is financed by Deutsche Teknikmuseum Berlin.
The aircraft will be an exhibit at the museum next year. 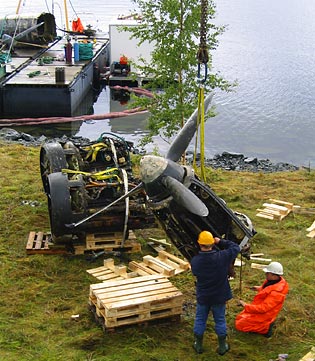 Abowe: The Heinkel engines was lifted ashore on Wednesday 15. September.

The fuselage on the barge in the background, belongs to another Ju.88. The code on this aircraft is 4D+EM

Forcelanded on lake Jonsvatnet after attacking defensive emplacements ashore at Namsos.The Heinkel bomber went through the melting ice in spring 1940. The lake was used as airport in the early days of "Weserübung" . The pilot, Arthur von Casimir was present when the A/C was brought ashore.
The Heinkel was built at Arado-Werke in1939. It was a veteran from the Poland campaign. 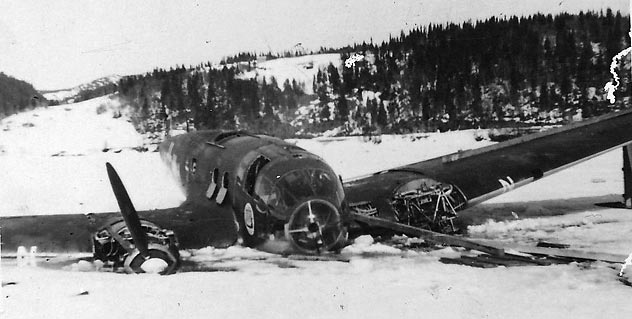 picture via Jon Fredrik Hansen
Casimir's Heinkel on the ice.