They are buried at Mandal Cemetery.

There is almost nothing left of the plane today. A memorial is erected at the site.

Took off at 07.12 from Dyce in Scotland on a recce mission, looking for "Admiral Scheer". When they approached Kristiansand they flew into cloudy weather and bad visibility and suddently hit the ground. The A/C exploded and all three died. Pilot S/L James John Exley Coats. P/O Douglas Albert Palmer Warren. Gunner Sgt. Angus Douglas. 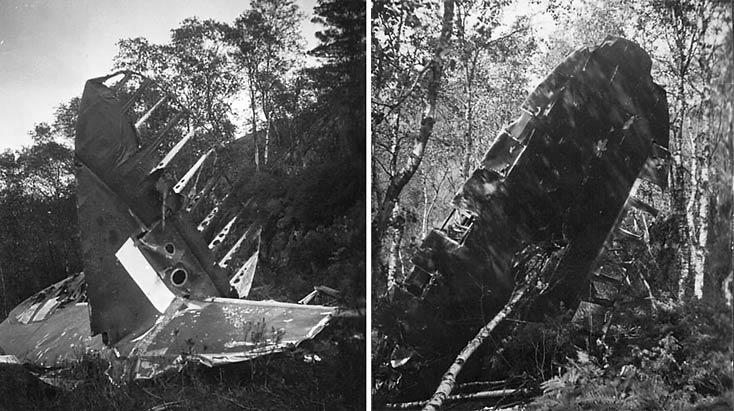