Had to make a forced landing at fliegerhorst Herdla due to oil pressure problems. Both landing gears broke
during the rough landing and the aircraft crashed into a quarry and stopped.
source: "Eismerjäger IV" by Eric Mombeek. 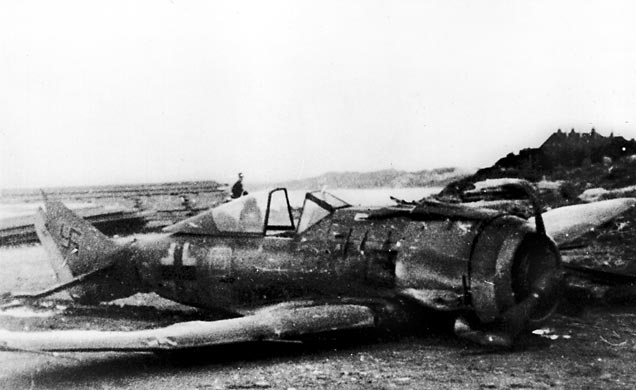 This was not the first time he wrecked a "Blaue 9".
Two months earlier, on 9th.February 1945, he was shot down by Mustangs of 65 Squadron during the battle at Førdefjord.

His Fw 190 "Blaue 9" (possibly WNr.732070) crashed into the Førdefjord at Heilevang. Koch bailed out and landed into the fjord. He was recued by the two brothers Jens and Andreas Heilevang.