The bodies of Flight Sergeant Archibald. Sergeant McLaren, and Sergeant Francis, were recovered and are buried at Stavne Cemetery inTrondheim .The rest of the crew, were never found.

Left:Life raft pump, now in the care of Kristian Steinsvik 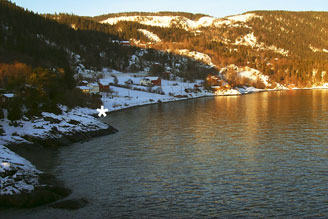 View from the ferry deck at Rørvik.
The mark indicates where the
piece of metal was found.

A total of 33 Halifax bombers took off from RAF Kinloss in Scotland, to participate in an attack on the German Battleship Tirpitz, moored at Fættenfjord north of Trondheim. R9496 was hit by German flak and caught fire. At 02.15 the aircraft crashed into the Trondheimsfjord at Vikan, and exploded killing all onboard. 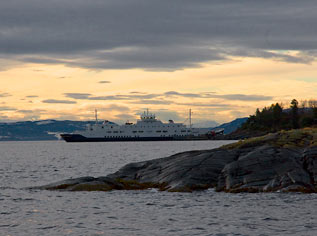 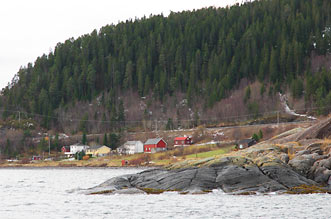 Vorpneset
11.November 2012 ©kjell sørensen
One airman was found here at the tip of Vorpneset.
The German Seenot dienst sent a Do 24 (KK+VA) to search, but all they found was a large oil slick on the sea. One airman was seen to bail out. 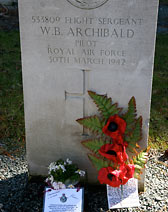