M-5610 was shot up and sank just north of island Lepsøya.
Only one of the 17 German sailors survived. He was picked up from the water an hour later by the Germans at HKB Roald.

M-322 was heavily damaged. Two sailors killed, six seriously wounded and eleven lightly wounded. The ship was later repaired and used by the Norwegian Navy for many years after the war. 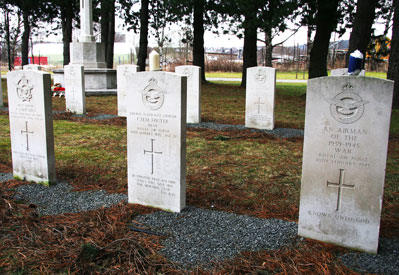 A force of 26 Beaufighters of 144 Sqdn, 404 Sqdn, 455 Sqdn and 489 Sqdn Dallachy Strike Wing were on anti-shipping patrol in Molde-Bremanger area. They were escorted by ten Mustangs of 315 Sqdn and two Mosquito"Outriders" of Norwegian 333 Sqdn. At Haramsøya they attacked the German minesweepers M-322 and M-5610. During the attack on M-322 two Beaufighters were shot down. LX-851 crashed on the shore at Haram. W/O Charles Harry Mowbray Foster RAF and F/Sgt.Roland George Cunningham both Killed. W/O Foster rest at Stavne. F/Sgt.Cunningham is commemorated on the Runnymede Memorial. Three coffins were said to be brought to Stavne. There is a grave of an unknown air man beside Foster's grave with the same date.

RD-141 was hit by German flak and crashed burning into the Longvafjord at app.14.45. P/O Clifford Joseph Dunshea rests at Stavne Cemetery.The body of P/O Arthur Edmund Winter was not found. He is commemorated on the Runnymede Memorial. 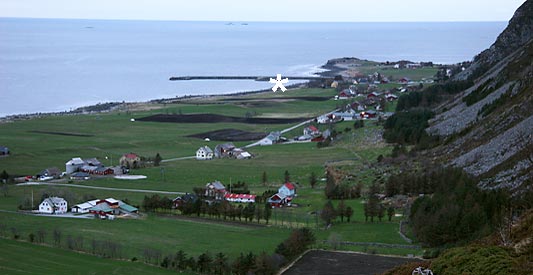 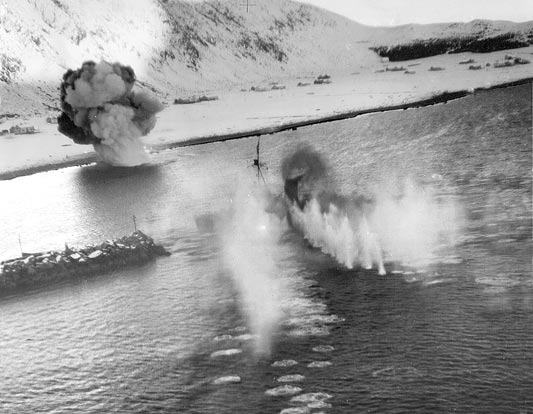 Above: The graves at Stavne Cemetery of P/O Dunshea(20). Warrant Officer Foster(22) and possibly F/Sgt.Cunningham.

Left: Wreckage of LX-851 is still to be found in the vicinity of the crash site.

M-322
LX-851
This memorial was erected some time after the war by Nils Haram. 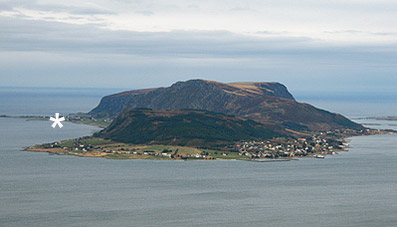 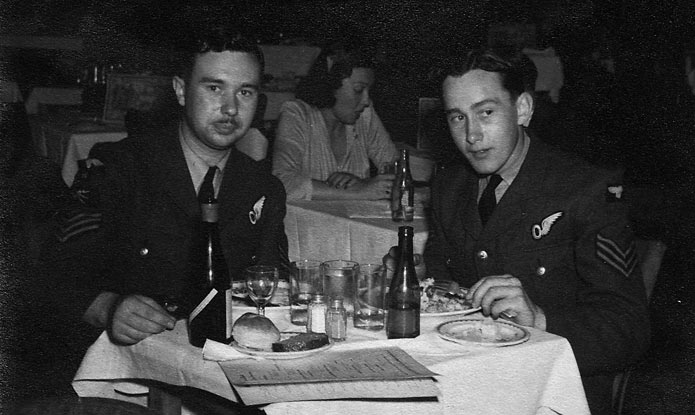 He writes: George Cunningham is on the left & my uncle, Albert Dobie, is on the right. I'm not sure where the photo was taken but since they are both sergeants in the BCATP it would have been at either Charlottetown, Prince Edward Island - Hamilton, Ontario or Pat Bay, British Columbia.