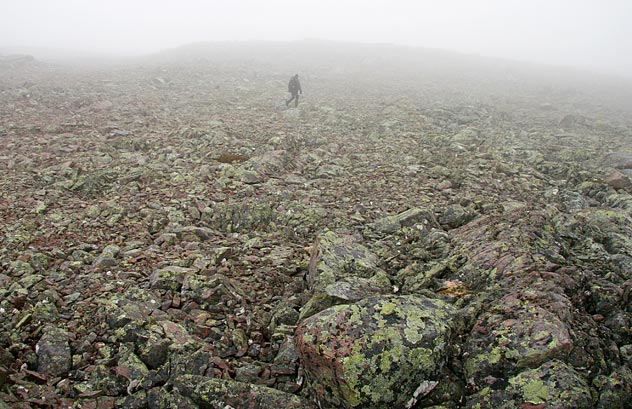 A force of five Petlyakovs took off for an attack on a German convoy at Syltefjord. Soon they were attacked by Bf 110's of 13.(Z)/ JG 5.
Two of the Petlyakovs were shot down. Pe-2 16/141 made a forced landing here at Kudalsfjellet at 14:35. They managed to shot down a Ju 88 D-1 (G2+LH) before they crash landed here. Jr. Sgt. Igor Ivanovitsj Matvejev (Wireless/Gunner) was hit in the attack and was left in the aircraft. Jr. Lt. Aleksei Ivanovitsj Tsjasovnikov (Pilot) and Lt. Nikolaj Petrovitsj Teterin (Navigator) started walking southwards. At Nesseby, some days later, they were surprised by German troops and Lt. Teterin was shot dead. Jr.Lt.Tsjasovnikov became POW. 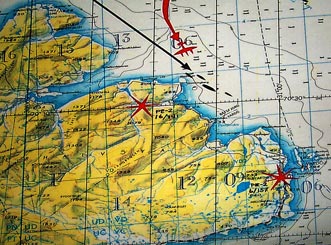 The aircraft was brought down from the mountain in 1989 and is now being restored at the Norwegian Airforce Museum, Bodø. Another Petlyakov, Pe-2 SNo 6/157 crashlanded at Svartnes

Tsjasovnikov got an "offer he could not refuse" by the Germans and became ferry flight pilot for the Luftwaffe. He was killed in an accident 03.09-44 when his Bf 109 G-14 (WNr.782159) crashed. source: Tor E Olsen's homepage

Heavy fog did not make the search any easier. 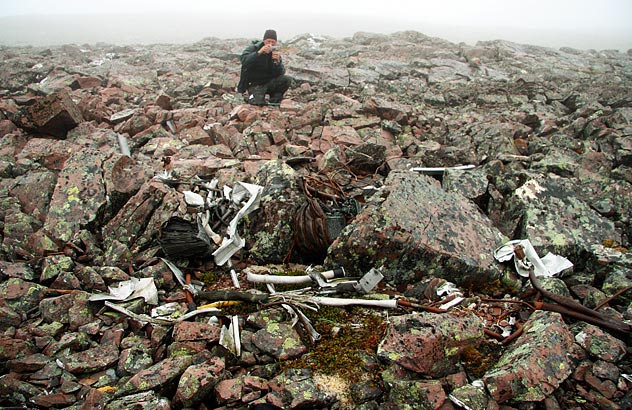 Ready for take off!
Basecamp at the German coastal fortress, Kiberg. 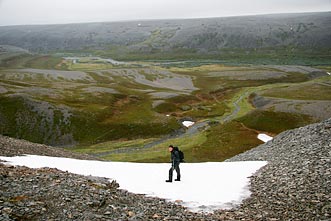 MKB 3/513 Kiberg
Mission completed!
Downhill Kudalen after yet another succesful mission. Cold beer is waiting in the van.
Persfjord

The Ju 88 (WNr.0881055 G2+LH. Stkz. DH+NT) belonged to 1.(F)/124. Along with a He 115 they were guarding the convoy. Uffz. Bernhard Meixner and his crew (Lt. Max Menzel, BF Obgfr. Georg Beck and BS Obgfr. Engelbert Beck) lost their lives when the aircraft crashed into Persfjord. source: ed North 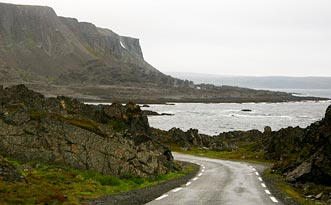 The road to Persfjord and further on to Hamningberg. 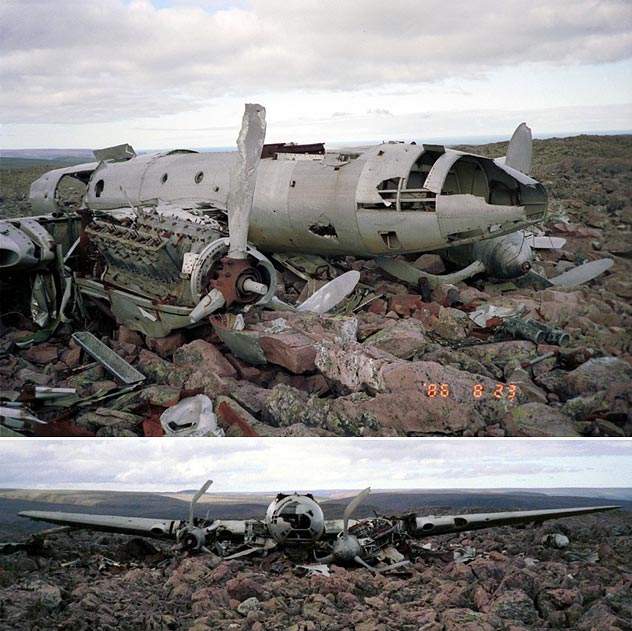