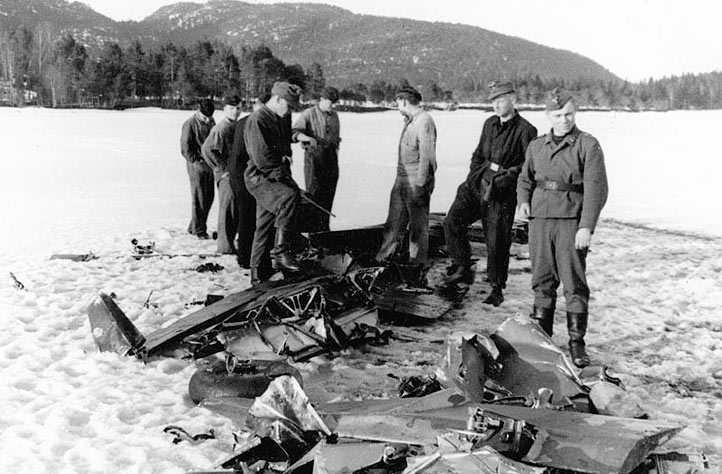 This un armed photo recce Spitfire took off from Wick, Scotland at 06:00 F/O Peter Geoffrey Charles Gimson (23) was on a reconnaisance sortie on Tirpitz when he was attacked by two Messerschmitts of JG 5. He was shot down by Oblt. Herbert Huppertz at 19.45. Gimson bailed out, but his parachute failed to open properly and he lost his life. Tragically this was Gimsons first sortie over the Trondheim area. 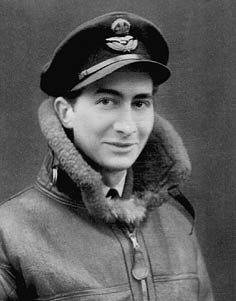 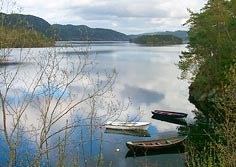 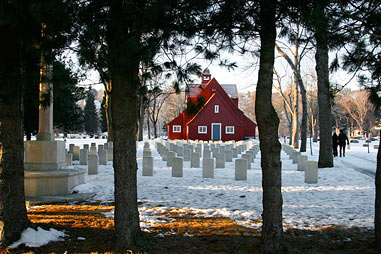 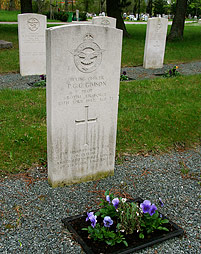 Germans studying the wreckage of AB307 lying on the ice. The pilot landed on shore.

9. Staffel of JG 5 was based at Lade in Trondheim. Their task was to protect Tirpitz in Fættenfjord. They were responsible for many of the PRU's April losses.

On 2.4-42 PRU Mosquito W4056 was attacked and made a forced landing at Ørlandet. P/O Ian Hutchinson and his observer P/O Basil Allen became POW's.

3.4-42 F/Sgt. Mervyn Anthony Jones PRU-Spitfire AA797 failed to return after his eleventh sortie over Norway. He was shot down by Staffelkäpitan Hermann Segatz of 8./JG 5. The spitfire crashed into the fjord between Frosta and Tømmerdalen in Leksvik. Jones managed to bail out, but drowned.

18.3-42 F/Sgt.Tomlinson's PRU-Spitfire R7035 failed to return after take off from Wick. When he reached Britain on his return the cloud was so thick he did not know where he was. An aircraft was heard overhead at the airfield he was supposed to land at, and at the time he was expected to arrive. His aircraft was never found, so it was assumed he ran out of fuel somewhere over the sea.

On 5.3-42 F/Lt. Gunn, PRU-Spitfire AA810 was shot down by Heinz Knoke and Dieter Gerhard of Jagdgruppe Losigkeit at Bæverdalen, Surnadal. Gunn became POW.

On 28.3-43 another PRU Mosquito (W4054) was shot down on a mission on Tirpitz. F/Lt Norman D. Sinclair parachuted and became POW. F/O Wilfred Nelson went down with the plane which crashed at Oppauran in Skatval. They were shot down by Ofw.Theo Stebner of 10./JG 5 based at Lade.

A well known photo of Tirpitz moored at Fættenfjord 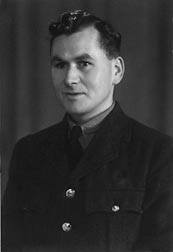 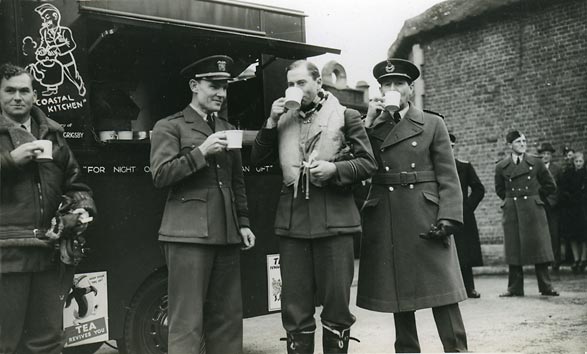 F/Sgt.Robert Duncan Campbell Tomlinson. Pilot of Spitfire R7035.
Tomlinson is also seen at the far left on the picture of pilots drinking tea. 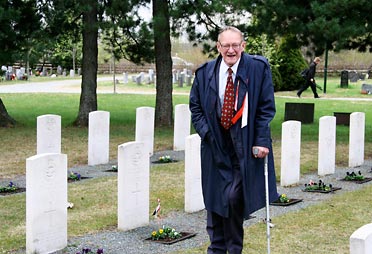 Mr. Magnar G Huseby witnessed the crash as a boy 13 years of age. Every 17th. May he paid a visit to Gimson's grave at Stavne until he passed away in 2011. 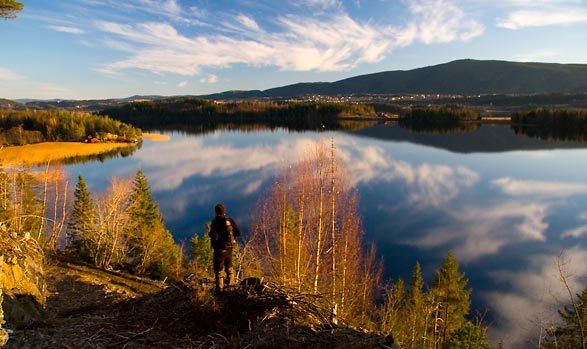