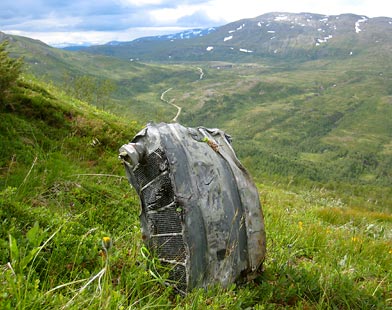 The aircraft took off from Prague-Rusin and probably belonged to a Lehrgeschwader/ Flugzeugführerschule. The crew bailed out for unknown reason. The ac continued flying unmanned until it hit a mountain in the vicinity of Mo i Rana, northern Norway. 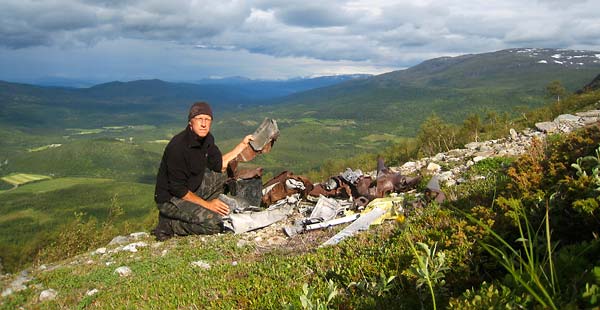 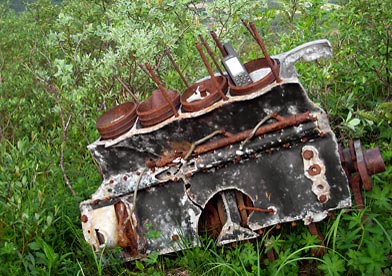 We have visited this site twice, but haven't been able to find any plates to identify the aircraft. Most of the aircraft was removed in 1960-65