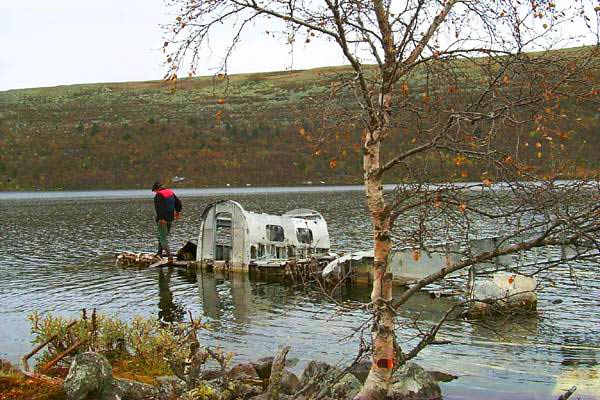 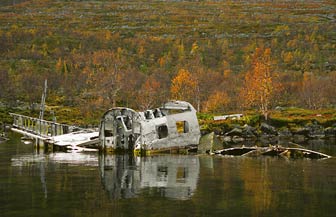 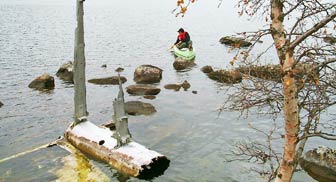 Attacked by Lou Jacobsen in his Gloster Gladiator 2.June 1940 in Narvik area. This aircraft belonged to Kampfgeschwader 26 based at Sola. The aircraft tried to limber back on one engine to its base. Low on fuel they decided to make an emergency landing at lake Grøvelsjøen on the Norwegian side of the border. The crew of four survived the landing unhurt.
Flugzeugfürer Helmut Nord. Bordmech.Paule' ... 1.wart Kurt ... Bordfunker Heinz ... Four days later they were picked up by a He115 See (S4+?K) from Hommelvik See. 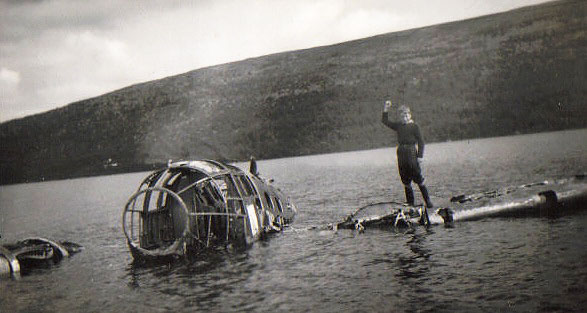 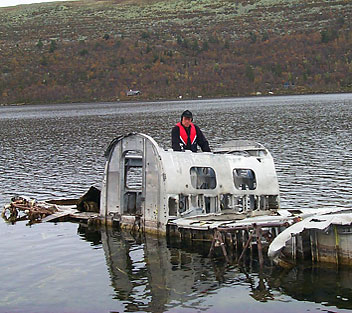 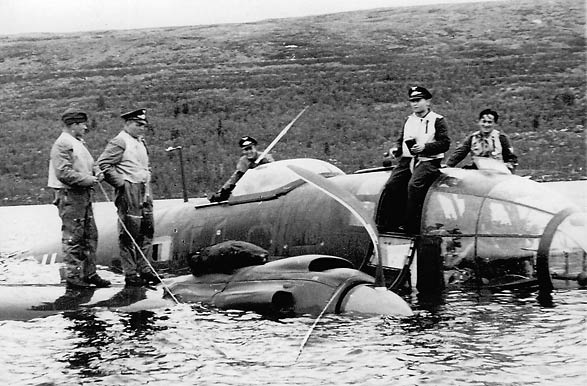 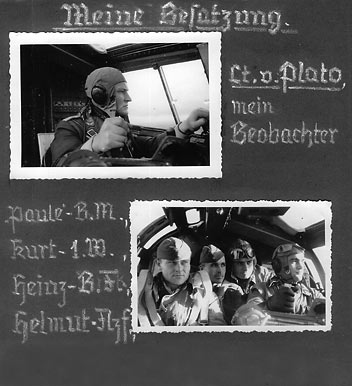 album photos ©Larissa Nord via Jürgen Schulz
Above: The crew just after landing. Helmut Nord survived the war.
He passed away in 1970. Lt. Hans Ludvig von Plato was not on board.
He was killed 29.05 1940 in a crash at Mortensjord.
One of the men in the photo probably
belongs to the He 115