The aircraft ran out of fuel after an attack on the Russian ships "Kiev" and "Occident". The crew bailed out in the vicinity of Snefjord. The bomber continued its flight and landed smootly by it self at Garddevarre. 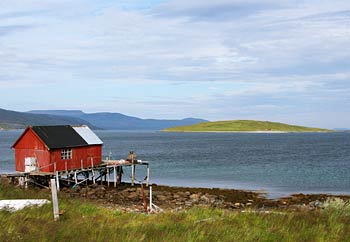 The belly gondola with its machine gun, fell down here on Snefjellholmen when they bailed out. It was hidden there by a sami.
Snefjord 28.07 2007 ©kjell sørensen 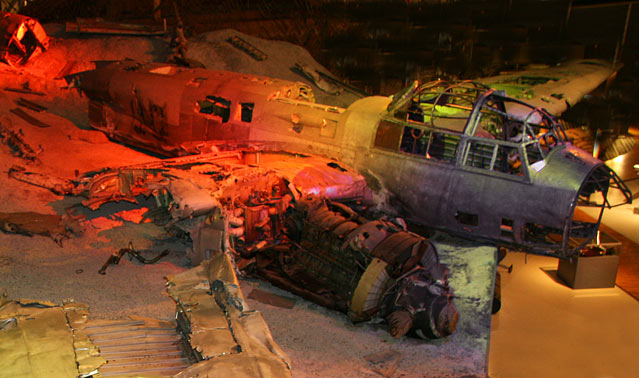 The wreckage was rescued by the National Norwegian Aviation Museum in 1988, and was stored at Bodø. The engines and some other parts were brought down to the museum in 1982
Bodø 25.08 2006©kjell sørensen 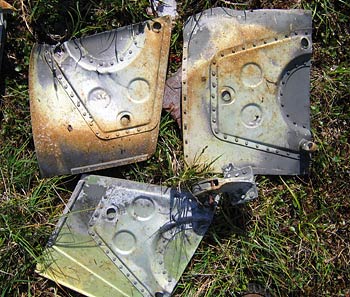 Above: The Ju 88 is now on display at the National Norwegian Aviation Museum in Bodø.

Right: The crash site as it looked like in 1978, photographed by Vesa Viero.