Attacked and shot down by two Bf 109 F-4 of 5.JG 5, based at Nautsi in Finland. The Russian bombers were on a bomb mission on Banak airfield at Lakselv.
Crew: P/O Peter Petrovich Danilets and Sgt. Viktor Ivanovich Solovev. Both survived and became POW's.
Thanks to Rune Rautio for info.

Started biking from Näätamö in Finland.
After crossing the Neiden river we started walking to Gallotjohka on the Norwegian side of the border.

The crash site was reached late in the evening, in bright sunshine which lasted through the night. 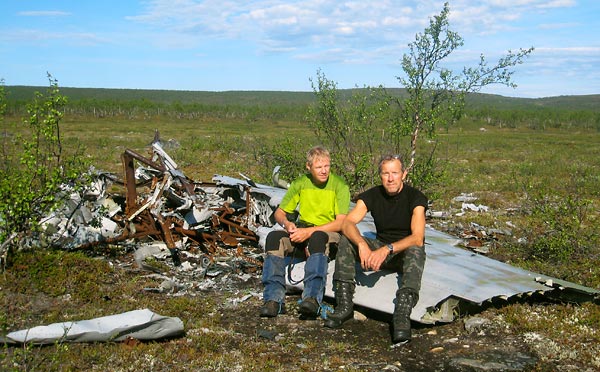 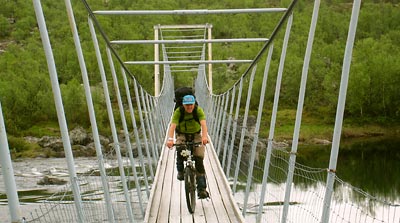 The two German Messerschmitts shot down three more bombers in this air battle. Fw. Froböse was credited one of the two bombers which crashed at Vadtjohka and Kauhalhti in Inari, Finland.

The last one of the four Petlyakov bombers was shot down at Suonjirgaisa in Finnmark, Norway. Both onboard were KIA.

Fw.Froböse was also killed in this battle, when his Messerschmitt was shot down at Nitsijärvi in Finland.