Departed from Sola airfield 12.august 1941. Destination Kirkenes. They never arrived due to bad weather. The plane also carried some mailbags. Lots of letters were scattered around the wrecksite at a remote place named Urgeåne. Local people found letters a long time after the incident. The bodies of Maj.Erich Groth and Ofw. Herbert Muche were found inside the plane, late summer 1943. 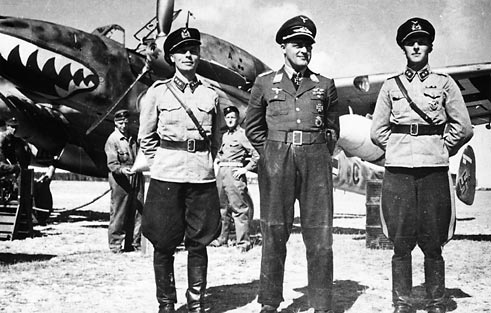 This picture is taken at Pori in Finland, only four days before he lost his life in the crash at Fødalen in Southern Norway.

On the left, Captain Kurimo of Finnish Air Force. Groth in the middle and Lieutenant Melasniemi to the right.