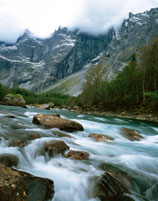 Left: The famous Trollveggen in the background

Took off alone from Schleswig at 8.30 hours. Their target was the cruisers "Carlisle" and "Curacao". This was their second mission to Norway. They managed to drop some of their bombs, but missed the target. Suddently they were attacked by British Gladiators and received several hits. The radio operator was seriously wounded and one of the engines caught fire.The pilot managed to make a forced landing, wheels up in a snow covered field, but the aircraft skidded into the river. 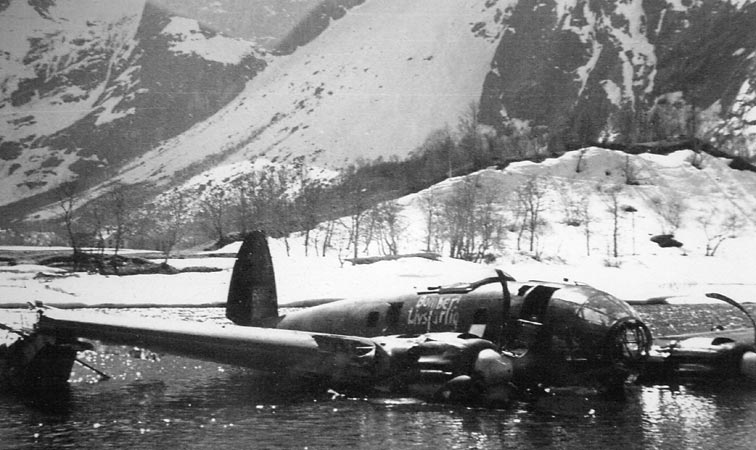 The Heinkel was shot down by Gloster Gladiators of 263 Sqdn. RAF (Donaldson/Mills)

Left: Picture of the bomber lying in the river. "Bomber livsfarlig". Tinde museum 2007 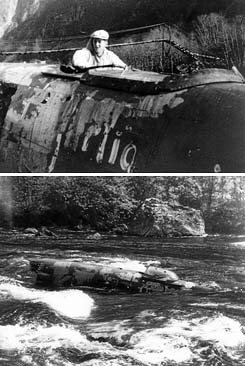 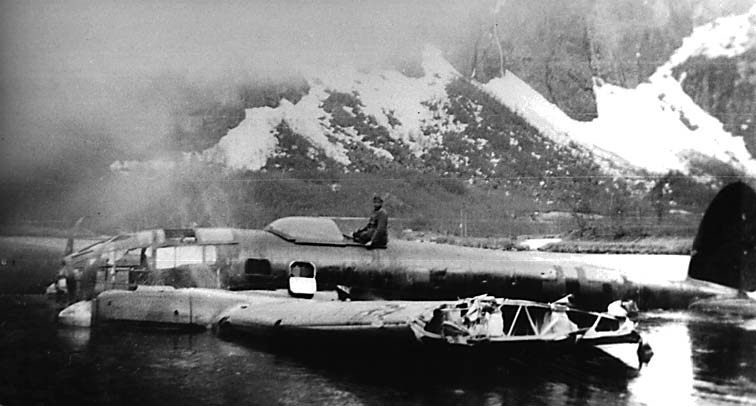 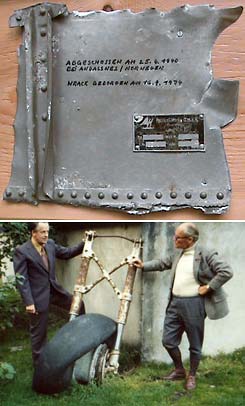 1974 © ralf-roland Schmidt-cotta
Above: Åndalsnes 1976: Rolf Larsson (left) and Herbert Schmidt-Cotta.
Some of the bombs were still on board. "Bomber livsfarlig" (bombs! Lethal Danger) was written on the fuselage.

The three survivors were captured and brought to Scapa Flow on board the cruiser "York". They ended up as PoW's in Canada. In 1946 they returned to Germany. 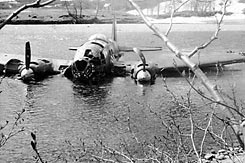 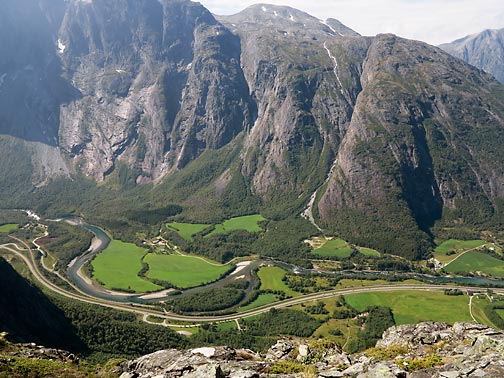 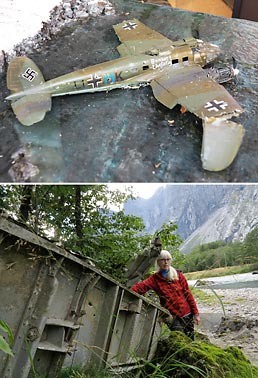 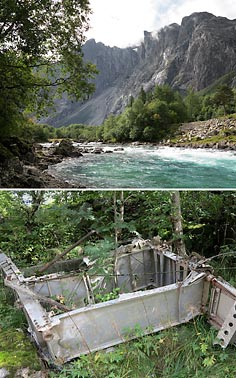