Took off from Aalborg West in Denmark. On their return leg, after a bombing raid on the power plants at Simavik and Skarsfjord when they were attacked by Hurricanes of 46th. Sqdn.(P/O Neville Banks) based at Bardufoss. The aircraft crashed into the fjord and sank. Two of the six man crew were soon after found dead in the sea. 1.Pilot Lt.Otto Freytag. Oblt. Günther Thiel. Ofw. Heinrich Ruthmann. Ofw. Willi Rieker. Uffz. Franz Seelbach. Gefr. Manfred Stephani. They are all, except from Gfr.Stephani, buried at Narvik Cemetery. source: Knut Larsson. 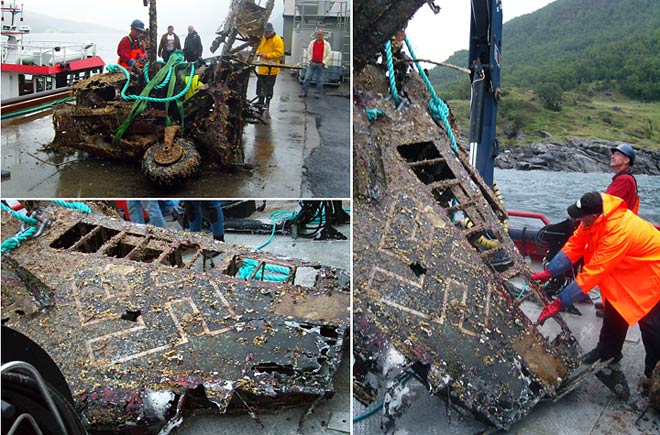 The aircraft had been airborne for five hours and fifty minutes before it crashed into the sea at 16.40.
One of the crew was observed jumping or falling from the aircraft shortly before it ditched.

On 15.August 2010 the tail section was salvaged from a depth of 63 meters on the western side of Dyrøya.
These parts are going to be used on the restoring of F8+BR in Germany.

*Code F8+BH not confirmed yet. 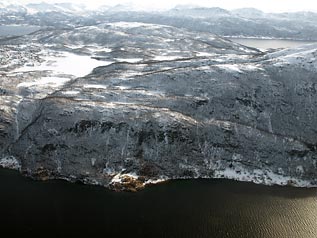 *
Five of the six man crew are buried at Narvik Cemetery.
Grave photos and overview photo of the crash site via Arne H Hansen.
*