This was The first B-17 'Flying Fortress' to be shot down in WWII. AN 525 D-Dog was based at Kinloss, Scotland 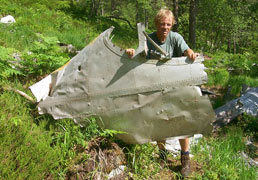 There were four B-17s participating in this attack, only one returned back safely. One A/C crashed on return at Kinloss. This was AN535 code WP-O. They were attacked by Uffz. Karl-Heinz Woite (2./JG 77). Sgt. Robert Wilkin(27) was killed in this attack, the rest of the crew survived the crash landing at Kinloss. One B-17 went lost north of Stavanger. 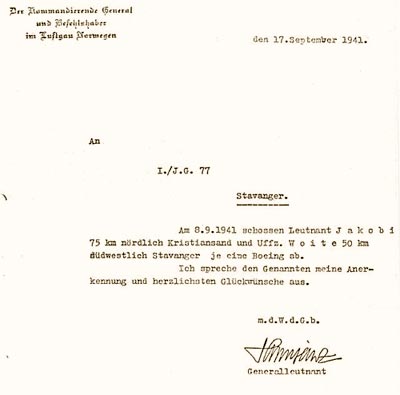