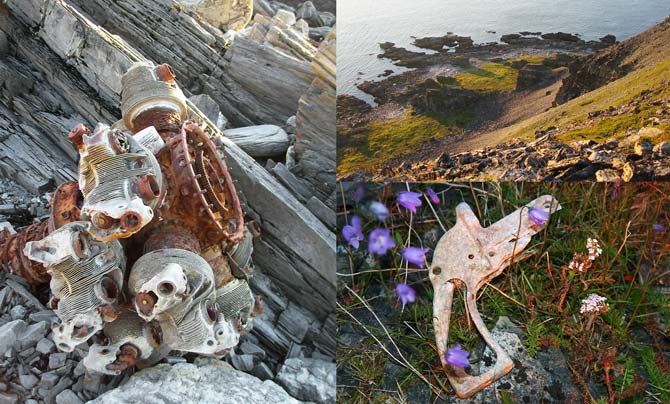 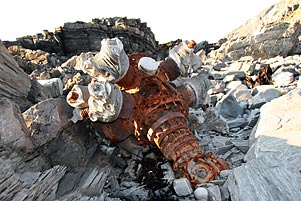 The Fw's of Berlevåg scrambled three times this day, to protect this last convoy leaving Kirkenes from the advancing Russians. First take off at 07:07. On the second take off at 10:45 Fw.Gustav Scharwächter managed to shoot down a Boston before landing at Berlevåg at 11:00.

Far left: What's left of the BMW 801 engine. The remains of Scharwächter's signal pistol, a Walther 27mm was also found at the site. The engine was removed from the site only a few days after our visit.