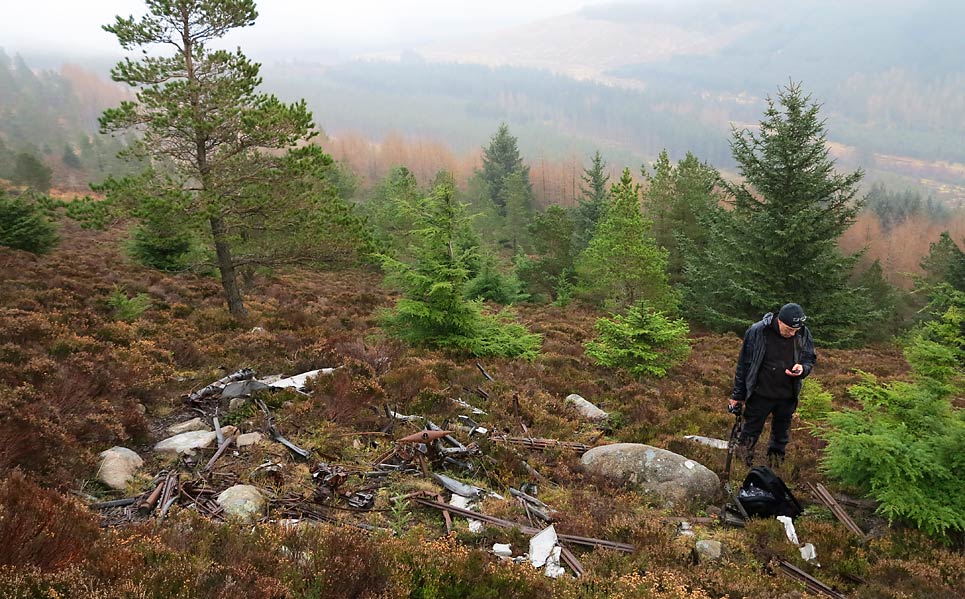 The biplane crashed into the hillside Bruntwood Tap. It was being flown from the Air Observer Scool at RAF Wigtown to RAF Evanton in Easter Ross. On the leg between Dyce and Evanton they encountered thick fog which shrouded Bennachie obscuring it from the airmen. Pilot Officer Ellard Alexander Cummings (23) from Ottawa, Canada and Leading Aircraftman Alexander Ronald Renfrew Stewart (24) both lost their lives.
They were still strapped into their seats when they were found. The war was declared only a few hours before their fatal flight.
P/O Cummings was the first Canadian airman that lost his life in WW II. source: linzee duncan

A memorial is erected at Oxen Hill, commemorating the two crash sites on Bennachie.
In addition of the Westland Wallace biplane, a Gloster Meteor jet crashed here in 1952 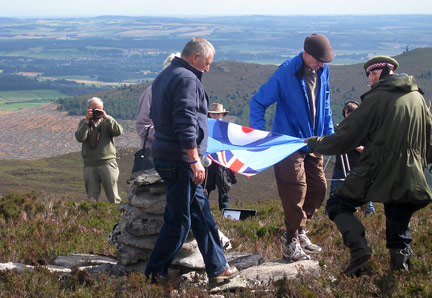 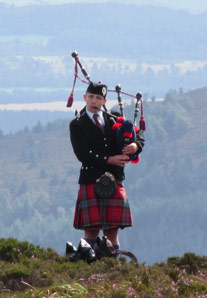 On 2nd September 2012 a memorial was unveiled on Bennachie to commemorate the crew from Wallace K6028.
The unveiling was performed by John Cummings, brother of of P/O Cummings and a nephew of LAC Stewart.
A salute was given by the local Air Training Corp and a piper played Highland Cathedral.