Corsair II JT309 Sub Lt.Clive Eustace Woodward of 1841 Sqdn.FAA (HMS Formidable) RNZNVR, was hit by AA fire and ditched near the entrance of Kåfjord. His body was recovered a few days later. 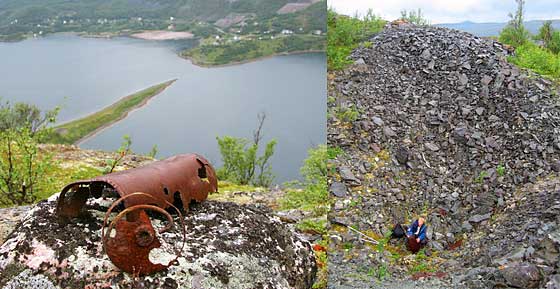 Left: Smoke cannister and bomb crater found on top of mountain Sakobadne. Probably a 726 kg AP bomb dropped by one of the Barracudas.Might also be bombs(1000kg) from a Russian attack of five Ilyushin Il-4 bombers on 10.11 1943 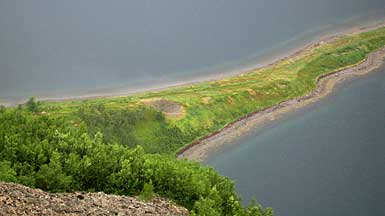 Operation "Goodwood III" Attack on the German battleship Tirpitz in Kåfjord. JV203 was a part of a 77 strong strike force.
The A/C took off from "HMS Indefatigable" Richardsons aircraft was hit by AA fire when diving onto Tirpitz. Some parts of the Hellcat were said to hit the bridge of Tirpitz.