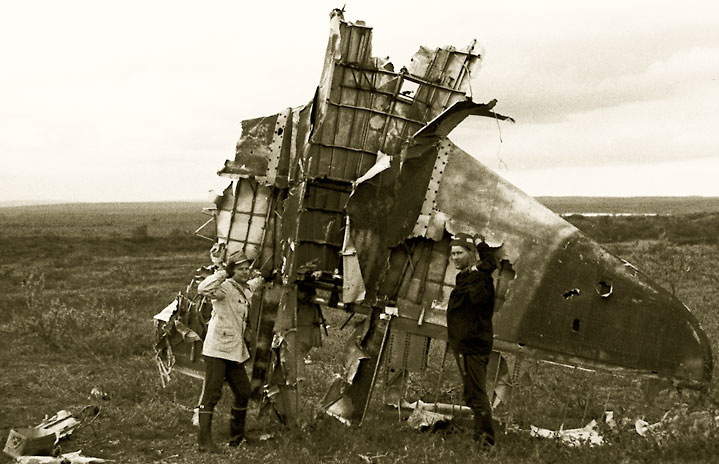 1971 © hannu valtonen
This DB-3/Il-4 was reported missing after an night attack on Banak airfield. According to a statement from a sami in the 70's, the aircraft was attacked by six German fighters. The aircraft exploded in the air. Pieces of the
aircraft is spread over a large area.

The aircraft belonged to a unit named OMAG and did not belong to the Northern Fleet.
This unit's main task was to protect convoy PQ-18 and PQ-14.