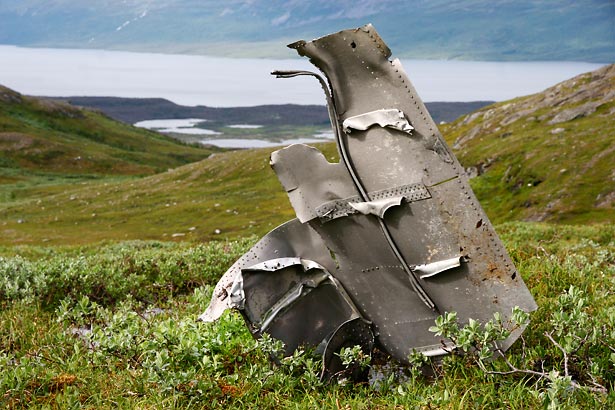 A "schwarm" (three planes) took off from Altagaard on a transfer flight to Gossen via Bardufoss. They ran into bad weather and lost their navigation and soon they ran out of fuel. Ogefr. Heep bailed out at 12.32 (German time) and landed in rocky terrain at Stordalen.
The aircraft crashed into the ground near by at Vuoskoåiveh. The pilot was guided down to Stordalen railway station by a man that witnessed the parachute landing. Swedish military transported Heep to Abisko. Ten days later he was handed over to JG 5 again. He continued his service in 15./ JG 5 until the war ended in May 1945. sources: Matti Salonen posting on12oclock high forum. Article by Pär Erixon. "Eismeerjäger" Band IV by Erik Mombeeck.

Stordalen 16.07 2012 © kjell sørensen
The pilots of the two other Messerschmitt's also decided to bail out.
Gefr. Georg Ecke landed 150 km further south in Swedish Lapland.
Uffz. Oskar Bittner bailed out at Sagelvvatnet on Norwegian side of the border. 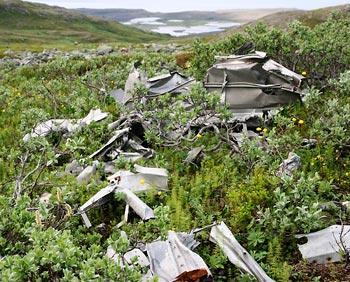